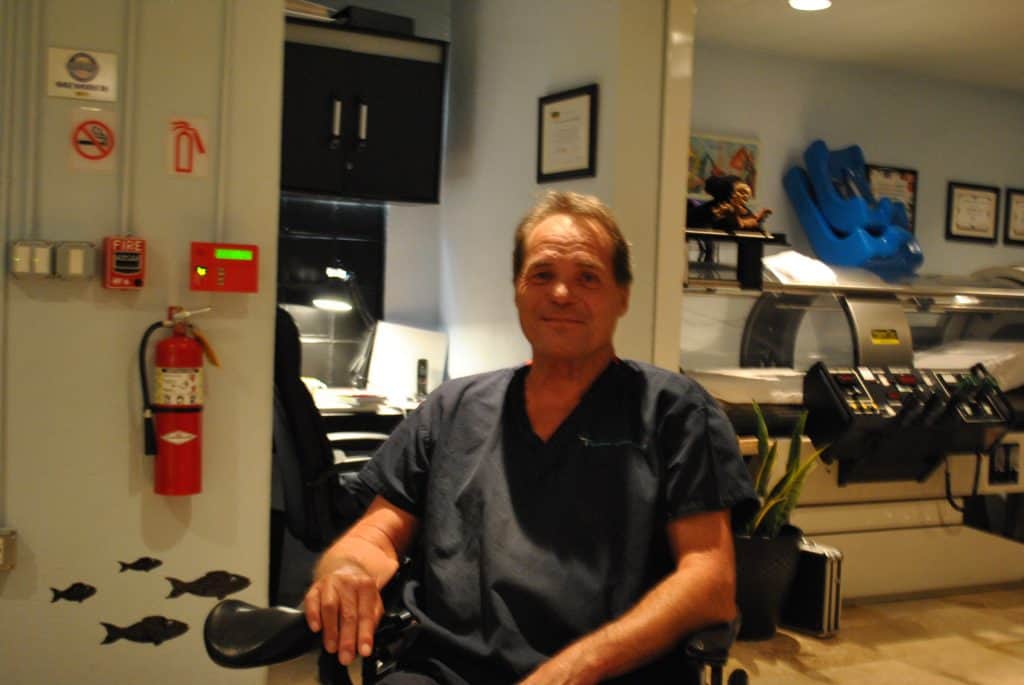 Stroke Treatment – Hyperbaric Oxygen Therapy for Stroke – Oxygen is a natural gas that is absolutely necessary for life and healing. Purified oxygen is defined as a drug but is the most natural of all drugs. Oxygen under pressure is still the same gas but is more able to penetrate into parts of the body where the arterial flow is hindered – producing ischemia (loss of blood flow) and hypoxia (lack of oxygen). When oxygen under pressure is breathed by a patient in a sealed chamber it is termed a hyperbaric oxygen treatment (HBOT). The treatment lasts from 45 to 120 minutes during which time the person’s body is surrounded by air pressure equivalent to the pressure produced by diving 16 to 33 feet underwater (7.35 to 14.7 pounds per square inch = 1.5 to 2 ATA).

In addition to raising the arterial levels of oxygen 10 to 15 times higher than that produced by normal atmospheric pressure, the pressure exerted within the body can and does exert therapeutic benefits on acute and chronically traumatized and swollen tissues.

Hyperbaric Therapy for Stroke – The first suggestion that raised air pressures might be used in the treatment of human illness was made in 1664 by Henshaw in England. The first hyperbaric chamber to investigate the therapeutic action of compression of the air on the human body was described and built by Junod in 1834. Using 1 1/2 atmospheres of pressure, Junod was reported to have treated patients with paralysis with beneficial results. This pioneering work was not continued until 1965 when Ingevar and Lassen demonstrated positive results in 4 patients suffering from focal cerebral ischemia. Since then, numerous articles have been published demonstrating that hyperbaric oxygen is useful for the treatment of both acute and chronic stroke.

A sound physiological and anatomical basis for why hyperbaric oxygen improves acute and chronic stroke and brain-damaged individuals has been developed over the past 100 years..