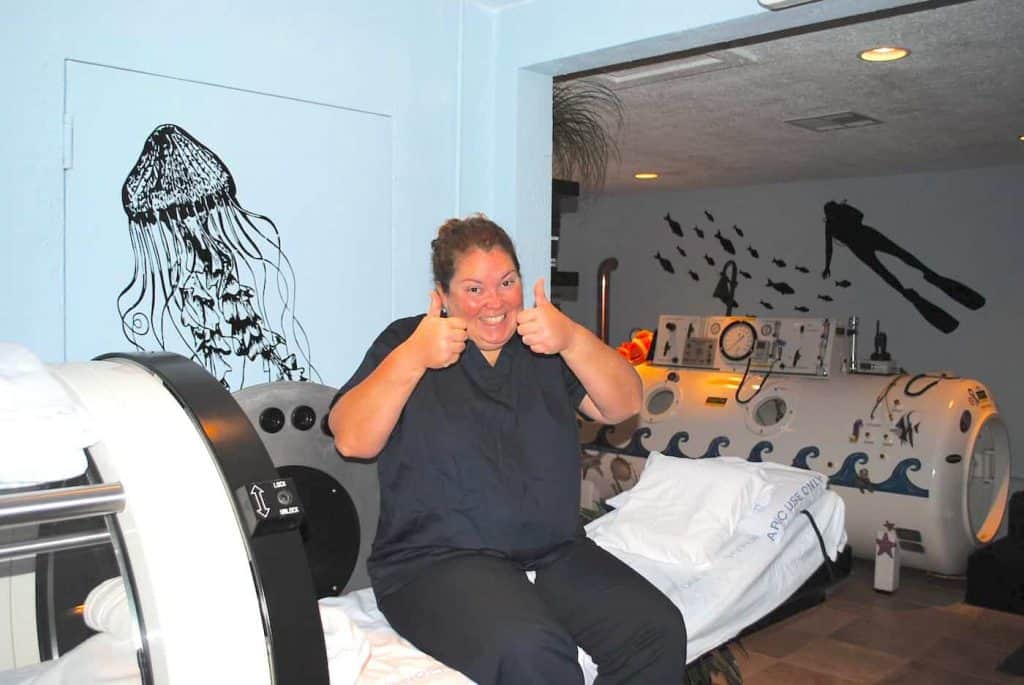 Sports Injury Treatment – Hyperbaric Oxygen Therapy for Sports Injury – If you’re an injured athlete, should you breathe in pure oxygen to hasten the healing process? That’s what some sports scientists are recommending, as the inhalation of oxygen under high pressure (also called hyperbaric oxygen therapy) becomes an increasingly popular form of treatment for hurting athletes.

Alvaro Bautista will attempt to race in Estoril at the Moto Grand Prix of Portugal just 42 days after breaking his left femur.The lone Suzuki factory rider broke his left femur in practice for the season-opening Grand Prix in Qatar, and was expected to be out for up to 12 weeks.Thanks to the use of a hyperbaric chamber in Madrid and intensive physio therapy the Spaniard will make his return just six weeks after the nasty crash.In 2010, Valentino Rossi stunned the paddock with his incredible 39 day recovery from a badly injured femur, and Bautista has taken just three days more than the Italian MotoGP superstar to get back on the bike.”I have been working very hard to be back in time for Estoril and I believe I will be able to take part in the race,” Bautista said.”I know it will be difficult, but I think the sooner I can get on the bike the more it will aid my total recovery and help my way to full fitness.”I have travelled over 4,500km with many journeys to the hyperbaric chamber in Madrid to assist with my healing – I have been there so many times I could close my eyes and go without problems!”I have now finished the rehabilitation phase and started on the physical preparation; this involves a lot of swimming, cycling and other fitness programmes to build up the strength so I can ride again.”